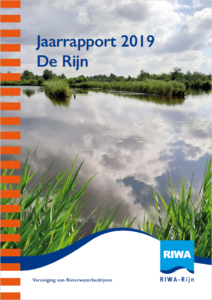 In 2019, dozens of substances such as industrial chemicals, drug residues, pesticides and degradation products have again been found in the Rhine. These substances had higher concentrations than the target values of the European River Memorandum (ERM). This is reported by RIWA-Rijn in its annual report of 2019. In this report, the water quality in the Dutch part of the Rhine catchment is presented. RIWA is the association of Dutch drinking water companies using surface waters, such as river water, for the preparation of drinking water. RIWA-Rijn calls for better discharge permits and more stringent enforcement to further reduce concentrations of undesirable substances in Rhine water.

The need to improve the water quality of the Rhine still exists – particularly because of the importance of drinking water. Gerard Stroomberg, Director of RIWA-Rijn: “Millions of people depend on the Rhine for their drinking water. A cleaner Rhine is therefore of vital importance. Not only in the Netherlands, but also in the other countries through which the Rhine flows”. While the concentration of some unwanted substances is decreasing, new substances are replacing them as well. Therefore, also in the years to come, substantial efforts will be required to improve water quality.

To further reduce pollution, RIWA-Rijn first of all wants the drinking water interests to be explicitly taken into account when granting a discharge permit. Gerard Stroomberg: “Too often we are confronted with new substances that are discharged in large quantities under a permit. Think of Pyrazole, Trifluoroacetate and GenX”.

Although granting a permit is a public process, not all the information from an application appears to be public, straightforward, and/or digitally accessible. According to the Århus Convention, the environmental information collected for the purposes of a permit should be public, but in practice this is often not the case.

Gerard Stroomberg: “Along the Rhine, permit applications can often only be viewed at the office of the permit provider and then part of the file often turns out to be unavailable because it contains company secrets. While it is precisely this information which is relevant for us to be able to point out drinking water risks”. RIWA-Rijn therefore also wants all environmental information from permits and applications for permits for large industrial discharges to be made centrally accessible via the Rhine Commission.

A positive development in the Netherlands is that the consequences of a discharge for drinking water intake are better anchored in both the general assessment method (ABM) and the emission test in the permit process. RIWA-Rijn is also pleased that, in the ‘View of discharge permits’ project for 66 existing discharge permits, Rijkswaterstaat checked whether they are up-to-date, adequate and complete. A next step would be for Rijkswaterstaat to sensibly check all (around 800) permits in the coming years. RIWA-Rijn would like this to be done with the permits issued by regional authorities for both direct and indirect discharges into the entire Rhine.

In the Rhine 2040 programme, the Rhine Ministers (conference of the ministers concerned and representatives of the countries in the Rhine catchment) have set an ambitious target for the next 20 years. Even in 2040, the Rhine must still be usable as a source for drinking water production with as simple and natural treatment methods as possible. Emissions of micro-pollutants into Rhine water are to be reduced by at least 30 % compared to the period 2016-2018. In a letter to the Parliament, Minister Van Nieuwenhuizen (Infrastructure and Water Management) mentioned these agreements as important for the Netherlands, as they reduce the purification requirements of Dutch drinking water companies to continue to provide good drinking water.

The RIWA-Rijn Annual report 2019 is available in Dutch and in German.

The RIWA-Rijn thematic report on the development of the required purification efforts for water companies along the Rhine can be found here.

The English version of the European River Memorandum (ERM) can be downloaded here.