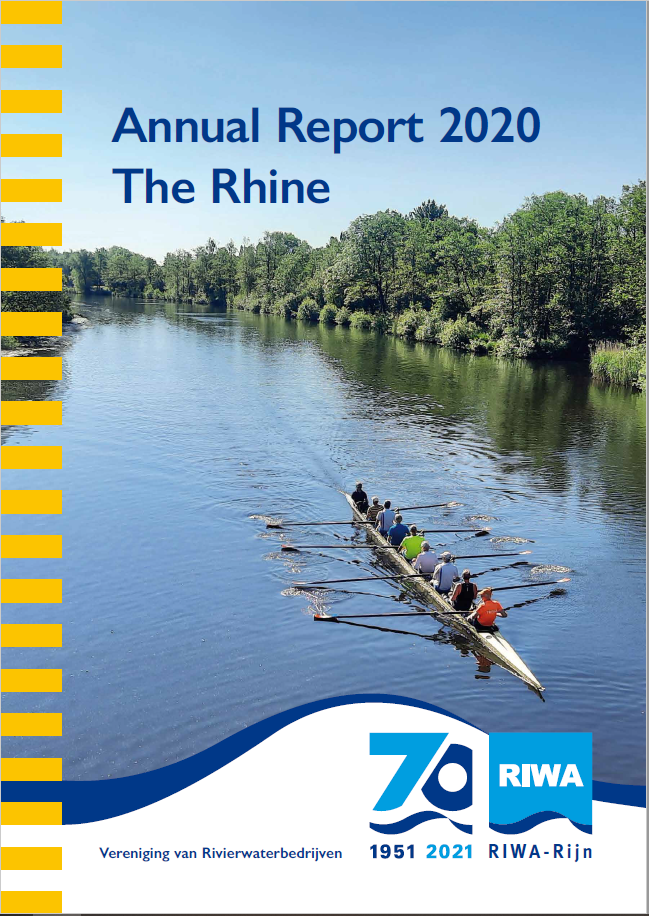 The latest RIWA-Rijn Annual Report appeared on 6 September in the well-known Dutch and German versions. But on the occasion of our 70th anniversary we have for the first time in a long time also published an English version for all our English speaking colleagues and contacts in Europe and the rest of the world and we are proud to present it today.

In the annual report we describe the water quality of the Rhine with a focus on the substances exceeding the target values of the European River Memorandum. In particular, we pay attention to the impact of gadolinium from MRI contrast agents, lithium which is going to be extracted and processed on a large scale in the Rhine catchment and also to the 4 PFAS from the EFSA opinion.

We also describe the water quality of the Rhine in terms of the removal requirement, or required level of treatment, according to Water Framework Directive (WFD) article 7.3. This year again, the level of treatment required for the production of drinking water in the Rhine is higher than when the WFD started in 2000. A slight reduction is visible at Lobith, but the total level is still higher than aimed for, in this respect the Rhine has not become cleaner.

In cooperation with Vewin, we present a framework for the protection of drinking water sources and the realisation of WFD targets for PMT and vPvM micropollutants by combining existing ideas and legislation. A complete and coherent registration of pollutant emissions (E-PRTR) and more transparency on industrial emissions will reduce the current quality problems for drinking water sources.

This year, 70 years ago, the RIWA was founded on 15 June 1951 with the aim “to study together the problem of the pollution of the Rhine and to advise the Government as one in its further steps to counteract this mishap as far as possible“. On the occasion of our 70th anniversary, we look back at the first years of the Rhine Commission for Water Supply (RIWA) on the basis of archive research by Utrecht University. The picture that emerges from this research is that of an organisation that was one of the first to propagate what later became commonplace in Europe: tackling pollution at source through international cooperation in the river basin. This is still the core of RIWA’s work today.

The English Annual Report 2020 The Rhine can be downloaded here.